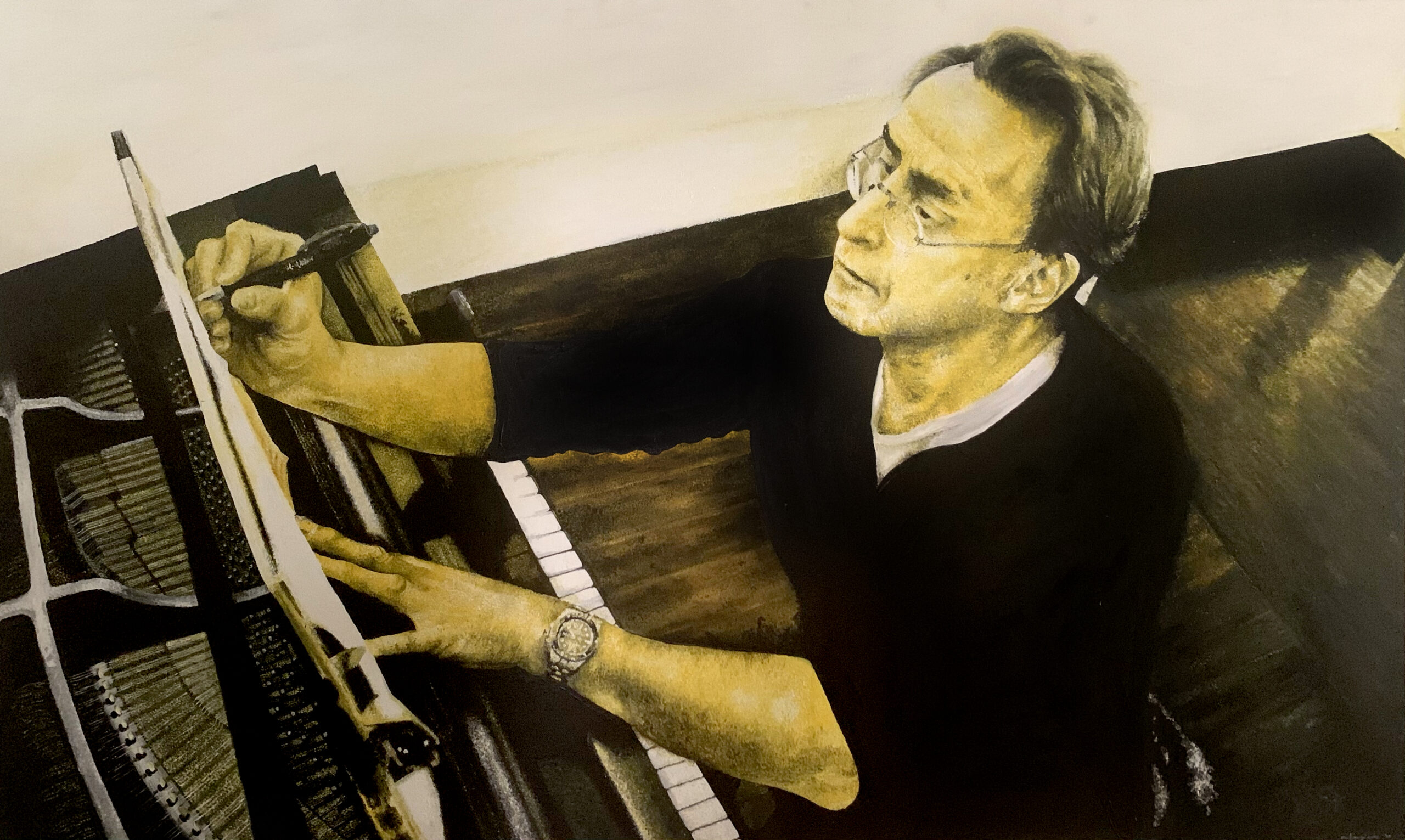 Graeme Koehne is one of Australia’s most popular and prominently respected international composers. Through the advocacy of some of today’s most exciting international musicians Koehne’s music is becoming a regular presence on the international stage. Best known for his orchestral and ballet scores Koehne injects emotional eloquence, visceral appeal and aural pleasure in his works. Along with a string of awards and accolades Koehne was a appointed an Officer of the Order of Australia (AO) in 2014.
I have had the pleasure of knowing Graeme Koehne (AO) over the years, working closely with his wife as a graphic designer. I had been quietly planning this piece in my mind for a while now, intoxicated by the desire to visually represent a moment of creativity, ‘caught in the act’ of creation, and witnessed by an omni-present audience.
My painting ‘Graeme, 2016’ (acrylic on canvas, 2500mm x 1500mm) aims to capture the intensity, complexity and creativity that flows through Koehne’s compositional process. The use of yellow embraces the warm creative glow and energy of music itself. My signature dabbing technique adds physical energy to the piece, the texture enabling light in the room to dance and flow along the surface ultimately breathing movement and life into the work. 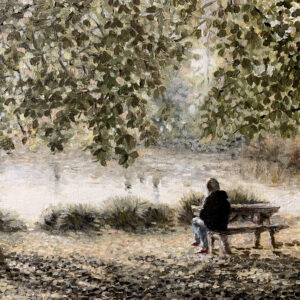 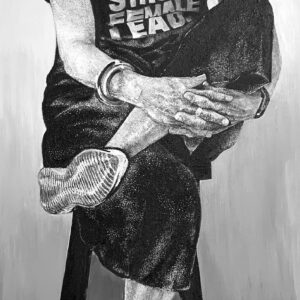 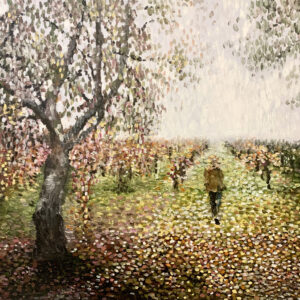 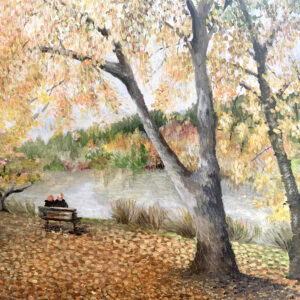 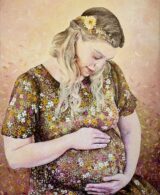 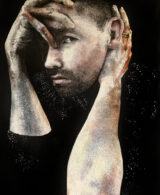